skip to main | skip to sidebar

The Sad Realizations of Most Law Students

Given the reasons stated by most for attending law school it comes as no surprise that many of these 20-somethings come to law school with the wide-eyed ambition that they will change the world or make a difference. These types generally fall into 2 categories; those who think they'll end up working for the ACLU defending Constitutional Rights and those who think they'll end up being public defenders and will change the negative views on the justice system that so many (repeat) offenders have.

Within a few months in law school you start to realize how hard jobs defending Constitutional liberties are to come by, and that you'd like to own a home one day so unless you get your "Mrs. Degree" during law school a job as a public defender just isn't practical.

Soon you realize you'll most likely end up taking just about any job you can get and thinking to yourself "personal injury wouldn't be that bad, would it?" Not long after that you're realizing that not only will you take just about any job offered for a given pay rate. Eventually that figure falls to a level slightly higher than a public defender. It's at this point which point you realize not only are you willing to be a "whore" but you're willing to do so for about $45,000 a year, $180 a day, or $18 an hour; plus benefits.

Okay, to hell with this law school thing. I'm asking for my deposits back and signing up for the MCAT.

I am an idiot for not going to Med School. I took through Calc 3 at U of M (and did very well)-I'm sure if I could handle that I could have handled Chemistry.

This post almost makes me wish I'd gone to grad school and studied lit.

U of M - referring to Michigan? and you did well in Math 215? God damn, wth are you doing in law school.

You know what's funny about law school? We're taught to be ethical by disclosing every fucking shit we've done in the past to the character & fitness committee, because we have to have a higher standard of ethics. funny thing is, law schools (besides the top 10 schools) NEVER EVER disclose the material facts on their employment statistics. it's absolutely fucking hypocritical, and i want to ask the ABA how they don't find this to be just a "tad" bit ironic.

we learn in corporations/securities regulations that companies must disclose all MATERIAL facts to potential investors (and would hold the CEO and the lawyer personally liable after the enactment of SOX).

Granted, publicly traded securities and law school itself are vastly different, but they have many commonalities to them. first, the avg. law student racks up at least $100,000 in debt - if that's not a fucking investment, you tell me what that is. second, as potential law students make choices and expect some kind of return on this "investment", just like any other investors would.

Yet, law schools are allowed to manipulate their employment statistics all they want, and allow misled prospective law students to think that they'll be arguing 1st Amendment rights billing $700/hr (or negotiating the next break-through merger deal that's going to revolutionize a specific industry). It's such bullshit - and I get angry because I was one of those people (read: idiots) that was completely misled by faulty employment statistics. Furthermore, while I was fully aware of the fact that I rankings mattered a lot if you weren't in the top 10 law schools, I didn't realize how subjective the grading system was. It's such bullshit, someone needs to step up to the ABA and let the voice of the majority of the students be heard.

I honestly shouldn't complain, since I'm a 2L and have a "good job" lined up, and that was because I was a "sleazeball" and used one of my networks to get the job. But a good amount of people I know don't, and frankly, it pisses me off. It would be different if the law school were to honestly disclose what % of students graduate and are employed by "market-rate" firms, what % of students are in real "clerks" (e.g. not a traffic court), etc.

Sorry for the long post. I just have complete sympathy for you. I hope all goes well.

Yeah University of Michigan, Math 215. I am an idiot, in retrospect.

B- here, and damn proud that I passed it.

As a life-sci student I thought of meds. Most of my friends went into meds - they're miserable. And here in Canada meds is slave labor. Publically funded and all - I don't know one doctor (save tertiary surgeons) who don't feel like whores. Not only are their salaries paid and capped, yes capped, by the government, but their patients abuse them verbally regularly because, living in a social system, they feel they're entitled to the medical care and can beat up on the doctor for whatever reason they want.

I definitely would never go into medicine. I guess every profession has its problems. Different in the States I guess. Plus, the ladies in law school are far more sexy. Doctors are way too "down to earth" to be attractive. Though, this isn't an issue for me as I have a hottie wife. Mind you, she's petrified she'll lose me to a hottie lawyer lady when I go to law school. I digress.

This discussion leads me to believe that I should choose to go to a top tier Canadian law school (U of T or Osgoode)....vs. U of Calgary - while not top tier, it's excellent. Mind you, Canada only has 20 law schools. I think you guys have 200.

Essien-It's a tough call on top tier or lower tier. I choose a "lower tiered" school for financial reasons-however my school is a great choice if you want to practice locally-or so they say. The reality is unless you're in the top 10% anywhere it's going to be tough to get a job, and it'll be easier to be in the top 10% at a lower tiered school in theory. Particularly with a family and a lot of other concerns.

As for hottie law students I'm not so sure I agree.

The real problem lies within the last 2 sentences of your comment. American law schools are saturating the market with lawyers, which creates a high demand for the top 10% (and as such they are compensated to the tune of 120K+) but then the remainer are fighting for jobs so it becomes a supply and demand situation which drives the pay down and allows firms to work you to death. Law firms around here have billing requirements around 140-150 hours a month (granted a lot of people bill more), small firms are between 170-180.

Nonetheless, always go to the tier 1 over the tier 2, unless you have a scholarship to the tier 2. The tier 1s are more established for legal recruiting, i.e., well paying jobs. It appears that the end-game of Lawschool, job hunting, is where the majority of lawstudents have there biggest challenge.

angela, as bad as the prospects after law school might be, what makes you think a graduate degree in literature would be any better?

So is that why there are so many ads on TV for lawyers looking to get you to sue someone?

True, but I think there's also a fair amount of people that recognize how a law degree can be parlayed into other opportunities outside the law. Such as becoming a legal consultant on Law & Order, which I assume is the dream job for all law school applicants.

Elle Woods
I like run-on sentences and I hate proofreading. I prefer my dog to most people. My future plans include dodging my student loan officers for the rest of my life.

HAVE YOU MET TED? 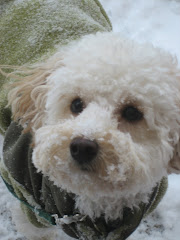